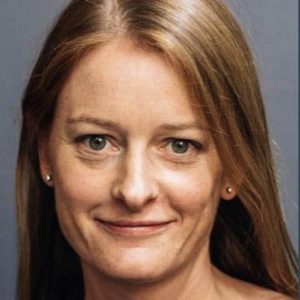 The EJN – an organisation which partners with IAWRT and aims to strengthen journalism around the world – has appointed Hannah Storm, an internationally recognised advocate for media gender equality and the safety of journalists, as its new Director and CEO. She is currently the Director of the International News Safety Institute (INSI), she will start at the EJN from April 2019.

Hannah started at INSI in 2010 after a decade in TV radio and online journalism for outlets including the BBC, The Times, Reuters and ITN. She became INSI director in 2012, where she has coordinated conversations between news organisations about journalists becoming better equipped to stay safe on the changing physical, psychological and digital frontlines for news media.

As a media consultant specialising in gender, she advises organisations, including the United Nations, on gender-sensitive reporting, sexual harassment and the need for gender balance in newsrooms and news output.

Hannah Storm is co-author of No Woman’s Land – On the Frontlines with Female Journalists which is a resource recommended in IAWRT’s safety Handbook for Women Journalists. She also co-wrote Violence and Harassment Against Women in the News Media with the International Women’s Media Foundation and The Kidnapping of Journalists: Reporting from High-Risk Conflict Zones and The Emotional Impact on Journalists of Covering the Refugee Crisis published by the Reuters Institute for the Study of Journalism at the University of Oxford.

The EJN’s Chair, Dorothy Byrne (the head of Channel 4 News and Current Affairs) says “Hannah will take the Ethical Journalism Network to the next stage of our development enabling us to play an even bigger role in supporting journalists around the world.”

Hannah Storm says she has long admired the great efforts of the EJN. “Having worked for many years in the field of journalism safety, I appreciate the fact that media safety and ethics often go hand in hand.”

“Around the world, many of our colleagues are working in increasingly difficult environments, faced with the pressures of propaganda, undermined by officialdom and embattled by a rising tide of hate speech and misinformation.

“Journalism is facing a crisis of trust and a fight for truth and I believe there has never been a more important time to promote sound ethics in journalism.”

I feel immensely honoured to be joining the Ethical Journalism Network and to helping drive forward and expand its extremely important mission.