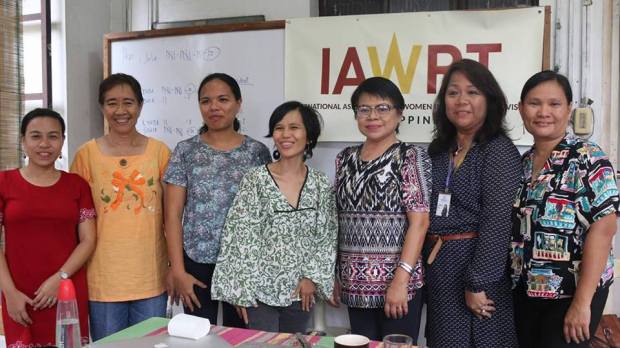 We asked members to communicate about a crucial issue in their region and what women in media can do.

From the Philippines Lynda Catindig-Garcia writes: continuing education of media professionals is imperative. A focus on what good journalism is must be prioritized

Presently, there is the convergence of all these media where there is the use of both the traditional media and the social media. With the nature of media, information is at the palm of the hands of its citizens where they can access information in various modalities.

This is the presence and proliferation of fake news. Fake news is made-up, masterfully manipulated to look credible journalistic reports that easily spread on-line to large audiences willing to believe the fictions and spread the word. The propagation of fake news is among the most serious problems many countries are now facing, as the explosion of social media and technology made it easy and convenient to skew not only textual information, but also digitally manipulated images and videos.

The antidote to fake news, is good journalism, which means true, accurate, unbiased, informed decisions, fair, inclusive, responsible and educated reporting. Our democracy is in peril when the public is guided by wrong information. The media cannot do combat fake news alone, but the citizens must be encouraged to practice citizen journalism, which is the right to seek and receive and impart information.

The second issue is gender and the media.

The four basic institutions of society: family, school, community and church and others tend to promote traditional gender relations that, in general, privilege men while discriminating against women and the lesbian, gay bisexual, transgender and queer (LGBTQ). The media as the fourth estate has shaped and reinforce these unequal gender relations. And, on the other hand, media could also be a potent tool to deconstruct this content as well. In 2012, the United Nations, Educational, Scientific, and Cultural Organization (UNESCO) prioritized gender equality and produced a global framework of Gender-Sensitive Indicators for Media with the International Federation of Journalists and other partners.

The Philippines maintained its status of having the narrowest gender gap, but fell three places in the 2017 Global Gender Gap Index. According to the annual report of the World Economic Forum. The country dipped to 10th place this year from seventh place last year. The Global Gender Gap Index has been monitoring equality and equity within media organizations and gender-sensitivity in media content production.

In spite of these challenges, there have been milestones that have been achieved to help institute gender sensitive policies and guidelines in Philippine media. The 2009 Magna Carta of Women provides for the non-discriminatory and non-derogatory portrayal of women in media and film. It also aimed at government to work with media organizations and media schools to endure that they integrate gender-equality guidelines in their work and learning activities. The Philippines Commission on Women has developed: Gender Equality Guide which is about the guidelines for increasing representation, voice, and influence in media and ensuring fair portrayal in media content; the Guidelines to Protect Women against Discrimination in Media and Film, which lists the” do’s and don’ts” in the portrayal of women in news stories, programs, ads, and films; prescribes the use of gender-inclusive language; and suggests measures to attain gender quality in the workplace.

These efforts are breakthroughs but much still has to be done.

What are the ways forward to address these challenges?

The continuing education of media professionals is imperative. A focus on what good journalism is must be prioritized

Development of information, education and communication materials – this is a resource kit which contain existing codes of ethics and reference materials on good journalism and gender

Organize- online network of media professionals, genuine journalists and gender advocates. This will be a venue for reference materials and quick access for journalists should they need information on gender issue, gender reporting and good journalism

Hold feedback session with women journalists about their careers and how they handled their gender challenges.

It is evident that funding of IAWRT has depleted. With this condition, the IAWRT Philippine Chapter proactively sourced possible local and international funders to push for the establishment of organizations projects.

Recently, the Philippine IAWRT Chapter met with the International Media Support (IMS) of Denmark to fund the IAWRT women journalist safety training with the inclusion of gender in its framework. This project is in partnership with Asian Institute of Journalism and Communication and Miriam College. The proposal for the training was approved and details shall be discussed soon. The participants are the women journalists from the alternative press.

From this jumpstart, the Philippine Chapter wishes to connect IAWRT international to IMS for possible engagements.

In the local scene, perhaps IAWRT Philippines can also connect with organizations that could provide funding support or laudable engagements.