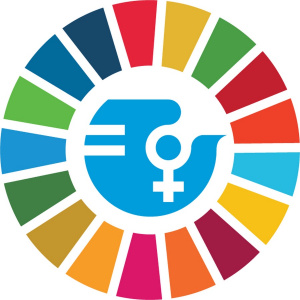 The three-day Generation Equality Forum Paris concluded on July 2, announcing USD 40 billion of confirmed investments and the launch of a Global Acceleration Plan to advance gender equality by 2026.

UN Women said the monumental conclusion of the forum comes at a critical moment as the world assesses the disproportionate and negative impact that COVID-19 has had on women and girls. Gender equality advocates have pressed for gender-responsive stimulus and recovery plans to ensure that women and girls are not left behind as the world rebuilds.

The USD 40-billion investments confirmed at the Forum’s close was seen to represent a major step-change in resourcing for women’s and girls’ rights. Lack of financing was thought to be a major reason for slow progress in advancing gender equality and in enacting the women’s rights agenda of the milestone 1995 Beijing Conference.

The financial commitments that make up the USD 40 billion are as follows:

Many organizations made strong policy and program commitments, including 440 civil society organizations and 94 youth-led organizations. More are expected to make commitments over the next five years and follow in the footsteps of the approximately 1,000 commitment-makers confirmed to date.

“The Generation Equality Forum marks a positive, historic shift in power and perspective. Together we have mobilized across different sectors of society, from south to north, to become a formidable force, ready to open a new chapter in gender equality,” said Phumzile Mlambo-Ngcuka, Executive Director of UN Women.

UN Women will play a critical role in overseeing the implementation of commitments to ensure accountability and progress over the next five years.

“By implementing a new way of tackling global issues through efficient multilateralism, the Generation Equality Forum reversed the priorities on the international agenda and made gender equality, for too long underestimated, a long-term issue for the international community, along with climate, education and health. France will continue to be at the forefront to accelerate gender equality progress,” Ambassador and Secretary-General of the Generation Equality Forum Delphine O said.

Speaking to mark the close of the Forum for the Government of France, the host of the Paris Forum, she said, “We succeeded in raising the largest amount of investment to advance gender equality and women’s rights ever.”

Some examples of a wide range of commitments from every sector:

The Forum in Paris engaged nearly 50,000 people in a mainly virtual format.