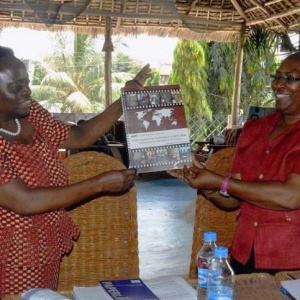 The Report on Gender Equity and Social Justice in Public Media, compiled from monitoring by chapters of the International Association of Women in Radio and Television (IAWRT), has shown that women and girls are not engaged fully as sources of information or in decision making bodies at different levels compared to male counterparts.

The Report on Gender Mainstreaming Monitoring in the Tanzania Broadcasting Corporation (TBC) further said that the gender inequality gap that exists between men and women denies women’s rights to enjoy different opportunities, including wages.

At the official launch of the report in Dar es Salaam, the guest of honour and Executive Director of the Tanzania Media Women’s Association (TAMWA), Edda Sanga (pictured with head of IAWRT Tanzania Rose Haji Mwalimu) called on the government to abide by the Beijing Platform Declaration on the advancement of women and the South African Development Community (SADC) Protocol on Gender and Development, to ensure women are engaged at all levels of decision making bodies in order to bridge the existing gap and enhance the development of the country.

Sanga however, called on women themselves to be aggressive and united, to ensure that the gender equality agenda is pushed through by a common voice. Those who are already at top of the ladder should ensure they get down and uplift the status of others, especially those at grass roots level. 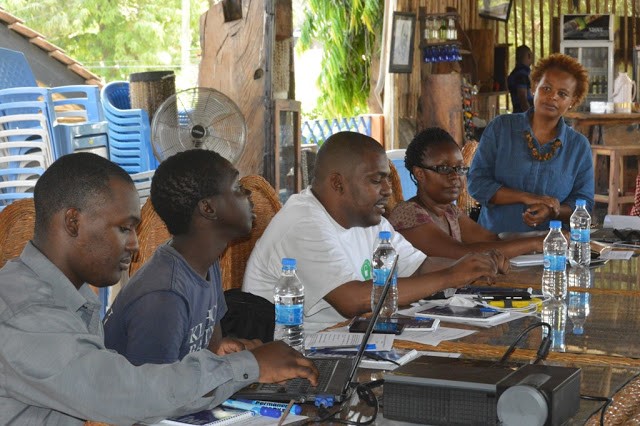 Rose Haji Mwalimu said women also need to be self-aware and value their contribution to the community. She said a failure to do so will reinforce the existing gender gap between men and women. Despite the burden women carry and the contribution women make in the community they have been denied their right to hold top positions at workplaces and do not access media information.

As a way forward, participants to the launch came up with a collaborative strategy to popularize the report nationally, internationally and in the local community. One strategy is to circulate the report widely to different stakeholders, to include the report in different workshops and seminars and to translate the report into Kiswahili for the community to understand the relevance of the contents to them.

Another strategy is to hold discussions in and around electronic media and to use social media platform as well as the existing websites of partner organizations like TAMWA and others to publize the report. 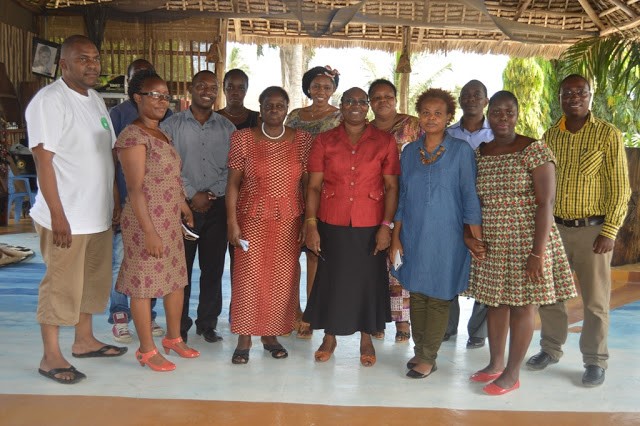 Such engagements will influence journalists to be more engaged with gender issues so they can mainstream gender into their daily undertakings and influence media owners and media decision makers to create interest in gender issues. (Pictured left Razia Mwawanga, IAWRT – Tanzania Treasuer Chapter and director of the programme, leads discussion).

The Tanzania workshop also included the screening of the ‘Reflecting Her’ an IAWRT produced documentary on reproductive health in a number of countries.

The workshop is part of IAWRT’s ongoing project on gender mainstreaming, which includes holding fact-based events aiming to inform media parctitioners, to reverse the lack of progress in making gender issues central to media output. Workshops continue at the local level and in global forums, principally through side events at the Commission on the Status of Women.