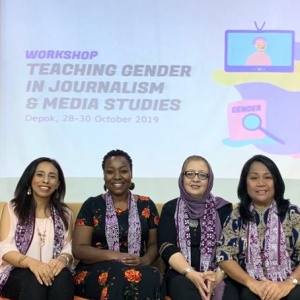 Fifteen countries were represented by women journalists and media educators.

Countless women still experience fear and are threatened when exercising their rights to freedom of expression on the internet despite the United Nations recognition that such rights are the same online as in real life.

Female journalists, for example, have many negative experiences with online expression and this is one of the reasons for the Workshop on Teaching Gender in Journalism and Media Studies was organised in Indonesia.

Four IAWRT members were invited to participate in the 3 day long workshop in Jakarta on teaching gender in journalism and media studies, held at Depok, Indonesia, in the Margo Hotel October 28-29. 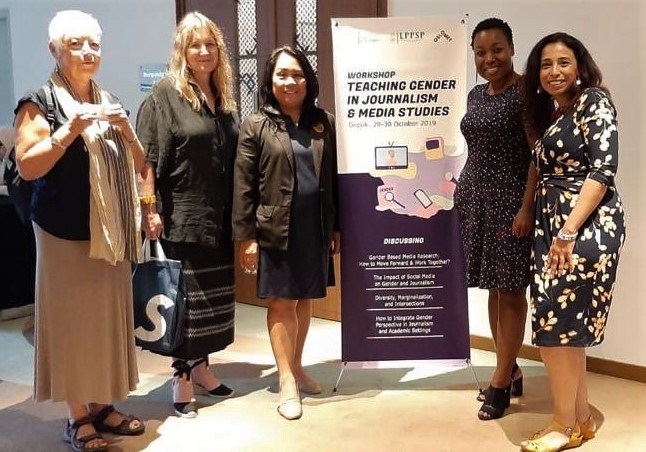 Three topics were covered on the first day. These were gender-based media research: How to move forward and work together and, the Impact of Social Media on Gender and Journalism.

She noted that the risk of exposure to sexualized and/or gendered online abuse has been noted to be greater amongst women working in journalism and media.

Gonda used the Zimbabwe situation as a case study, where she recently returned after living in exile for almost 20 years. Her presentation looked at the impact of social media on gender and journalism. She argued that technology has created a new space for increased violence against women journalists and women in politics.

This is part of her PhD research work, which is a cross border study conducted with journalists covering conflicts in Syria, Iraq and Libya.

This is a comparative research from the three Middle Eastern countries to investigate how gender influence the safety decision-making process of women journalists covering the conflict in regions controlled by Jihadi groups operating in Islamic State (ISIS) regions in the three countries.

On the same day, a Global Mass Monitoring Project (GMMP) orientation was conducted by renowned academic Karen Ross, where she invited the participants to the 2020 GMMP.

In the afternoon, sessions three and four were held around the issues of Diversity, Marginalization and Intersections, which was chaired by Karen Ross. Saady presented her study on Measuring the Impact of Training Local Trainers on Safety Manuals for Women. She presented the results of a model issuing safety manual for women journalists and training local trainers on safety offline and online using the manual.

Session 4 was titled How to integrate Gender Perspectives in Journalistic and Academic Settings, which  was chaired by Indah S. Pratidina. Lynda Catindig-Garcia spoke about the Philippine Experience in Mainstreaming Gender in the Higher Education institutions.

She informed the audience about the standpoint of the Commission on Higher Education (CHED) of the Philippines on gender education. It focuses on the gender-inclusivity in the higher education institutions’ curricula, examines to what extent the discourse on gender equality and sensitivity is integrated in the curricula and syllabi of media and communication programs and, analyses how gender is viewed by communication/media educators.

Najiba Ayubi talked about Teaching gender and media in Afghanistan. Najiba’s presentation included the Gender-based media research: How to move forward and work together.

The results of the survey conducted by DHSA/TKG with the support of UNESCO Afghanistan and SWAN on Gender Balance in Afghanistan Media included an overview on the overall situation of women journalists, including challenges and barriers that Afghan women journalists encountered with in their routine work due to ongoing conflict and the cultural taboos.

She created modules on the subjects of Mass Communication, Media, Gender and Sexuality and Health Communication. The making of these modules were part of the cooperation between Atma Jaya University Yogyakarta University and the Yayasan Jurnal Perempuan and the Ford Foundation.

Karen Ross talked about The AGEMI project and Birgitte Kjos Fonn spoke on Gender perspectives in teaching economic journalism. Ross shared that the EU-funded AGEMI project was developed over a 30-month period (February 2018-July 2019). The principal aim of the project which was to support and promote gender equality in media industries. The primary vehicle through which to deliver the project’s aims is the project’s web platform. The moving image resources (mini-lectures and expert interviews) are also uploaded to the project’s You Tube channel – AGEMI project.

Birgitte Kjos Fonn shared that when teaching economic journalism, Norwegian J-Schools tend to stick to the orthodox, mainstream variant, a variant that is based on a number of assumptions that may both lead to power imbalances and enhance them, such as the idea that we are all atomic individuals in the market with equally distributed power. There is also the prevailing view that journalism should be detached, value free and ‘objective,’ while alternative perspectives – on all aspects of society – regularly run the danger of being regarded and dismissed as ‘political.’ The presenter argued that for the sake of the public, there is nevertheless a need for journalism education to include these emerging schools of thought in the teaching of economic journalism. 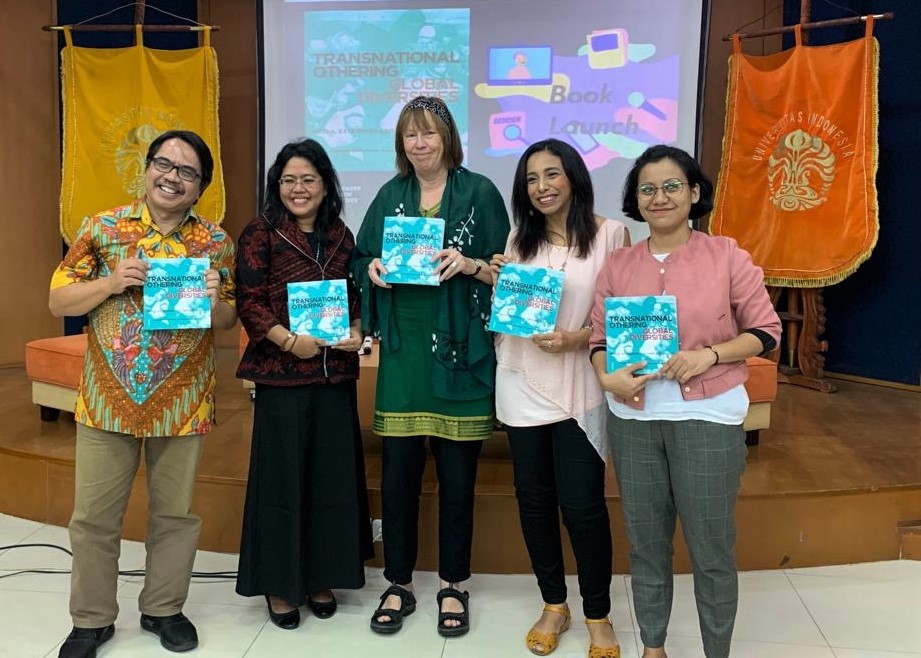 On the last day of the three-day event, the participants trooped to Universitas Indonesia for the UNESCO World Report Presentation, Setting the Gender for Communication Policy and Gender, Media and ICTs Agenda by Ming Kuok Lim.

It was followed with the launch of the book Transnational Othering-Global Diversities, Media Extremism and Free Expression, published by Nordicom. Ade Armando, Andina Dwifatma, Lestari Nurhajati and Abeer Saady are contributors, while Elizabeth Eide is a contributor and the editor of the anthology.