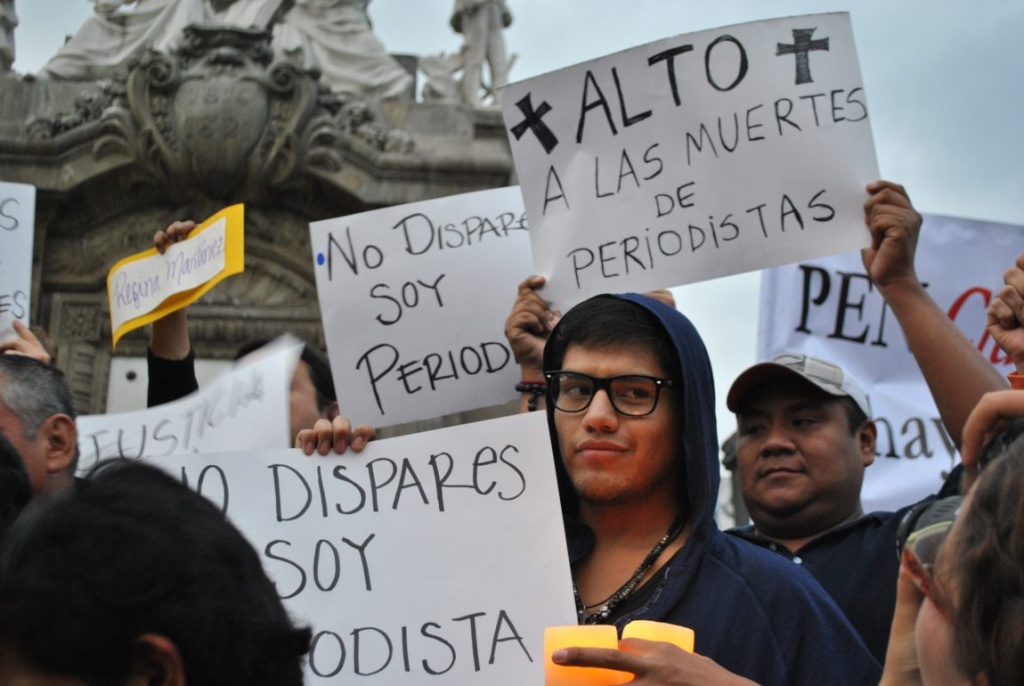 The Global Alliance on Media and Gender has added its voice to international NGO condemnation of the high murder rate of Mexican journalists.

In May, the broad daylight shooting of veteran crime reporter Javier Valdez from the Mexico City-based daily La Jornada, was followed quickly by the  wounding of Sonia Cordova and the death of her journalist son, Jonathan in a shooting in Autlan, in the neighboring state of Jalisco.They worked on the family run Semanario Costeno weekly magazine.

Protests erupted in several Mexican cities. (pic: Candles for Freedom of the press: Mexico City. Protoplasmakid / Wikimedia Commons / CC-BY-SA 4.0) and a number of prominent Mexican news outlets went dark for a “Day Without Journalism” to protest the murder of Valdez and  journalists across the country. They blacked out sites or only published stories about journalist murders. 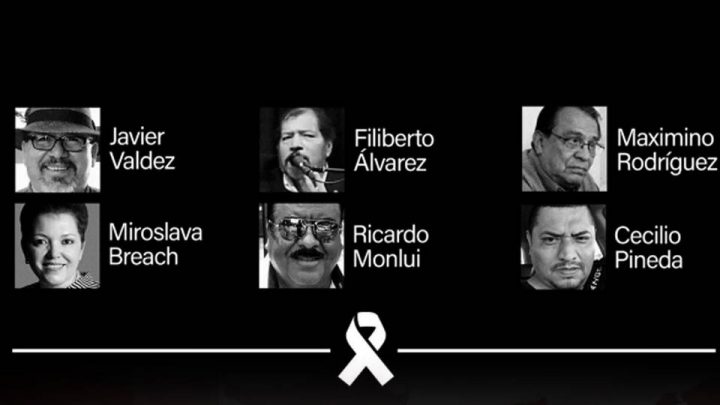 The continued brazen killings of media workers this year have included the death of Miroslava Breach, a 54-year-old correspondent for Chihuahua’s La Jornada, who was shot in her car as she prepared to take her son to school. It was reported that the last story she worked on was about drug cartels covertly backing mayoral candidates.

Reporters Without Borders (RSF) says that when journalists cover subjects linked to organized crime or political corruption (especially at the local level) they immediately become targets and are often executed in cold blood. “Most of these crimes go unpunished, with Mexico’s pervasive corruption accounting for the impunity” it says.

Last year a record 11 journalists were killed, according to the freedom of expression NGO, Articulo 19.

Mexico has become the third most dangerous country in the world for journalists, after Syria and Afghanistan. It is the western hemisphere’s deadliest country for media workers. RSF’s 2017 World Press Freedom Index ranked Mexico at 147 out of 180 countries. Articulo 19 says 105 journalists have been murdered since 2000. Scores of journalists have disappeared.

GAMAG says a serious problem is the vulnerability suffered by Mexican journalists, particularly women, because of widespread violence and intimidation. Women’s Communication and Information (CIMAC) which covers Mexico and Central America, says women journalists receive threats against themselves and their children as an intimidation tactic.

Violence to prevent women journalists from exercising freedom of expression

Mexico is well known for unprosecuted sexual assaults on women, and female journalist are expecially succeptable to sexual assualts – physically and by cyber attack.

GAMAG says that The First Report on Violence Against Women Journalists, published by CIMAC,  found that in recent years, 433 women journalists in Mexico have been victims of gender-based violence. Between 2005 and 2017, 19 women journalists were murdered.

“It [The CIMAC report] shows that often it is the state apparatus that tries to intimidate women; in Mexico, 60% of aggressors are government officials. Most of these journalists covered corruption and links between government and organized crime. Thus, violence is the mechanism to prevent women journalists from exercising freedom of expression in patriarchal societies like Mexico.”

A sector to investigate attacks on Mexico’s press has been in place for more than a decade. Since 2010, the Special Prosecutor’s Office for Crimes against Freedom of Expression (FEADLE) has received 798 complaints about serious physical violence against journalists, 47 of them murders. The Committee to Protect Journalists (CPJ) reports that only three of the complaints have resulted in convictions and sentences. It concludes, “the impunity is almost total”.

Estimates vary, but it is thought that 30 Mexican journalists have been murdered in connection with their work since December 2012, when Peña Nieto began his presidential term with the promise of a new order.

These were Peña Nieto’s words on 19 May 2017 at a meeting of 24 Mexican state governors and officials.  Articulo 19 says this was was his first public reaction to the wave of journalist killings. The President announced a series of measures to provide journalists with more protection and to combat impunity for crimes of violence against them. He promised “As president, I assure you that we will act with firmness to arrest and punish those responsible” Official statement .

In a cautious response, RSF “took note” of the pledge. “We welcome the undertakings given by President Peña Nieto and we expect them to be followed up by action,” said Balbina Flores, RSF’s representative in Mexico. “We will remain vigilant and will closely monitor the implementation of the announced measures, which are very urgent, given the terrible violence to which journalists have been exposed for more than a decade.”.

The Global Alliance on Media and Gender says it “strongly calls on the Mexican authorities to investigate these killings and to ensure that the perpetrators are not left unpunished.”

“The GAMAG calls on news media owners to ensure safe and secure conditions for the journalists they employ.”

The horrendous situation in Mexico, along with the extra pressure on Mexico’s female media workers is by no means unique, with the RSF accompanying the release of the 2017 World Press Freedom Index with a somber warning.  “We have reached the age of post-truth, propaganda, and suppression of freedoms – especially in democracies.”

“The index highlights the danger of a tipping point in the state of media freedom, especially in leading democratic countries.”

RSF argues that journalism is being weakened by democracy’s erosion. 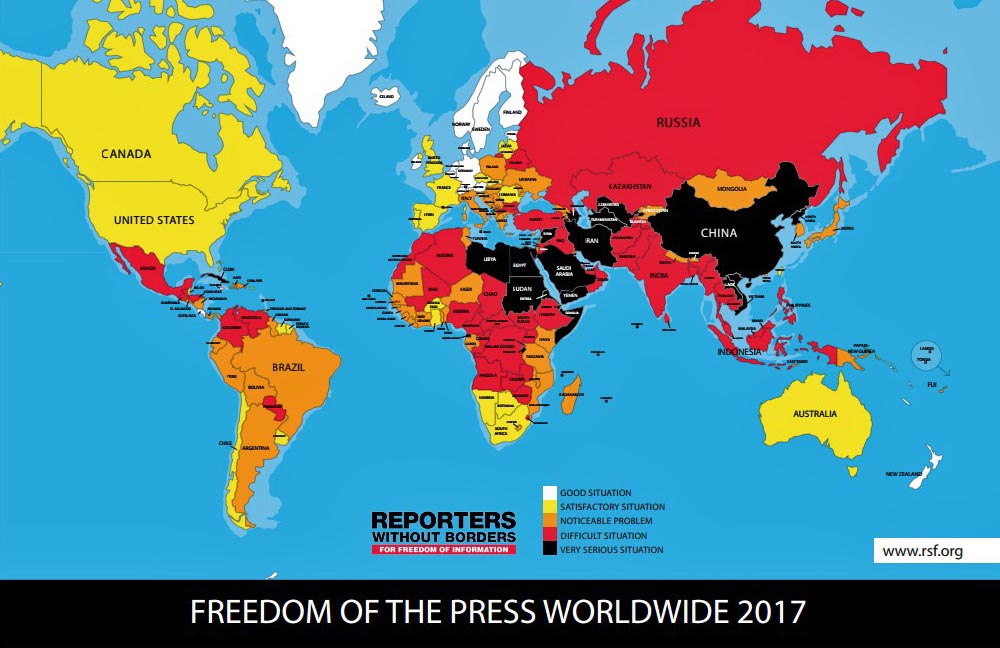 Other media on women in Mexico.

Is this the most dangerous place to be a female journalist right now? by Andalusia Knoll Solof