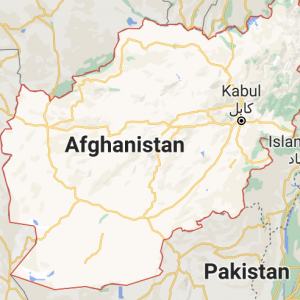 The Taliban rule from 1996 to 2001 saw girls and young women prevented from attending school, women banned from working jobs outside of healthcare, and women required to be accompanied by a male relative and to wear a burqa at all times when in public. Violations could lead to public whipping or execution.

The world watches and waits with fear and trepidation if such reign will come back with the return of the Taliban.

The United States must do more to ensure the safety of Afghan journalists as the country falls under the control of the Taliban, including facilitating safe passage out of the country and providing emergency visas, the Committee to Protect Journalists (CPJ) said on August 16.

The group said they have registered and vetted the cases of nearly 300 journalists who are attempting to reach safety, and there are hundreds more whose cases are under review.

In Afghanistan, at least 53 journalists have been killed since 2001, and five were killed last year alone, according to CPJ.

The International Women’s Media Foundation supports all measures to ensure the safety of women journalists and media workers attempting to evacuate Afghanistan. The IWMF also calls on all governments worldwide to open their borders and include media workers in any humanitarian visa offerings available, the group said in its statement.

The Society of Professional Journalists (SPJ) expressed concern on the situation of journalists, especially journalists, and the reported closure of 90 media outlets from in provinces that the Taliban have reached.

In the Taliban’s first news conference since taking over the Afghan capital Kabul, the group promised women’s rights and press freedom.

Taliban spokesman Zabihullah Mujahid said on August 17 that women’s rights will be respected within the framework of Islam. They said they will allow women to study and work and media workers will be protected. The group also promised amnesty for government officials. As these were unseen in the five-year Taliban rule before the 20-year US-backed war, much of these remains to be seen or fulfilled in the coming days.

A day before, at least seven people died at the airport in a chaotic bid of Afghan people to leave the country, some even clinging onto the sides of a jet that took off.

The US and NATO scheduled to withdraw all troops this year and as this was only nearing completion, the Taliban advanced to Kabul in a week. Afghans woke up to Taliban in the presidential palace at the beginning of this week.