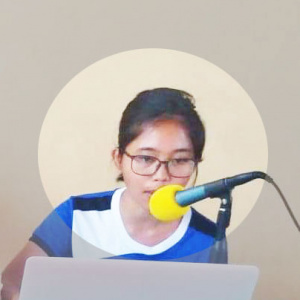 IAWRT joins media groups calling for the immediate release of Frenchie Mae Cumpio, a member of the IAWRT Philippines chapter.

Cumpio was arrested with four other human rights defenders in simultaneous early morning police raids on offices on February 7 in Tacloban City.

Prior to her arrest, Cumpio has been subjected to surveillance for several months.

In December 2019, Eastern Vista raised alert on the tailing and surveillance on Cumpio, the latest of a series of such incidents. Eastern Vista believes the harassment on Cumpio are related to the group’s human rights reporting.

On January 31, an unidentified person reportedly visited the premises of the Eastern Vista office. He was reportedly carrying a photo of Cumpio and a band of flowers while asking for the exact location of the office. Human rights groups have noted several incidents where state agents sent flowers as a form of death threat and intimidation.

We believe these acts of surveillance and types of harassment on journalists have no place in a democratic state like the Philippines. It is also a country that has enshrined freedom of expression and press freedom in its Constitution. We call on the Philippine government to uphold these principles and rights and immediately release Cumpio. In tandem, the government must also address and resolve cases of harassment, violence and killings against journalists in their country.

Cumpio is the executive director of independent media outfit Eastern Vista and the radio anchor of Lingganay han Kamatuoran. Cumpio is also a broadcaster of community radio Radyo Tacloban.

Cumpio is an active IAWRT member who has participated in our investigative training program, global secretariat launch and the Philippines’ chapter general assembly. Her team reported on Radyo Tacloban, IAWRT’s own mobile disaster community radio project in the city/region.

IAWRT is an international organization of women in media founded in 1951 and has since then worked on gender equality, giving women journalists a voice in the workplace and in media and on journalists’ safety among others. It currently has 14 country chapters and more than 400 members globally.