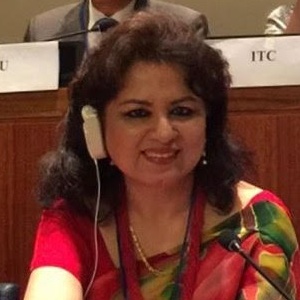 IAWRT member, Bandana Rana is thrilled by the recognition of her decades of activism on women’s rights in Nepal by being honoured as a ‘Women of Distinction’ by the NGO Committee on the Status of Women, New York (CSW/NY).

A long term leader in the Nepal women’s movement, she has spent decades in voluntary activism, promoting women’s rights through local, national and international organisations. She says she has made a point of attending the Commission on the Status of Women (CSW) over the last decade, to “take the voices from the community into the global arena, as CSW is an important arena for creating policies.” CSW/NY noted her efforts “to bring the local level to the various UN processes (Beijing Review, CEDAW, UNSCR 1325, ICPD and SDGs)” and Bandana Rana says she is “thrilled that the committee has recognised me.”

Ms Rana worked for 20 year in Nepal Television and founded Sancharika Samuha (Forum of Women in Media) and was the first woman on Radio Nepal’s board of directors and the National Press Council Board as well as the inaugural Chair of the IAWRT Nepal chapter. She now devotes herself entirely to activism. She headed the IAWRT Nepal Chapter from its inception in 2006-7 until 2015, and was a member of the international board and an IAWRT Vice President. 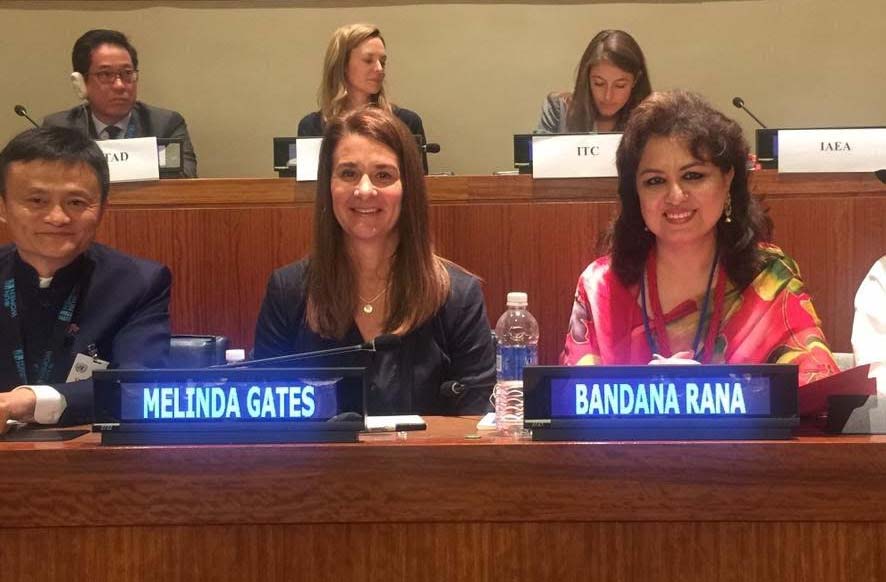 As CSW/NY says, Ms Rana is a passionate advocate of the UN Security Council Resolution which addresses the massive impact of war on women and the pivotal role women should play in conflict resolution (UNSCR 1325). After a decade of conflict in Nepal ended, IAWRT Nepal under her leadership hosted a national conference in 2006, ‘The Role of Media Women in Post Conflict Reconstruction’ and organised an international conference, ‘Women Building Peace: Sharing Experiences and Challenges’ in December 2007. Members also produced documentaries on women’s participation in the Constituent Assembly and on the Domestic Violence Act in a post conflict scenario, as well as joining with other with other media organisations to conduct orientation for journalists on UNSCR 1325.

While Bandana Rana agrees that people can become cynical, even critical, of the United Nations, she feels that such instruments “provide a mandate to lobby and pressure government on policies which might affect us. If we did not have resolution 1325, we would not have the 2011 national action plan which mandated women’s involvement in the peace building process.” CSW/NY says Bandana Rana was “the key architect in the drafting of the National Action Plan”.

Ms Rana says local women may not be bothered by UN mandates, but engaging civil society in the consultation process over the peace plan meant “they now have a voice and are able to demand their meaningful role in the peace building process.”

She has also worked tirelessly at the local, national and international level campaigning to end violence against women. In Nepal she founded the National Network Against Domestic Violence and co-founded Saathi, an NGO that works on preventing violence against women and girls through partnerships and collaborations. For example, Bandana Rana says one of its important initiatives has been the collaboration with the Police force to build trust in police so that survivors of violence can pursue justice with confidence. She is the team leader of the program Astha (meaning building trust) –”Addressing Social barriers That Hamper the Advancement of Women being implemented in 8 of the rural districts of Nepal.

The devastating Nepal earthquakes in 2015 which killed 9000 and injured 23,000 people also destroyed the homes of hundreds of thousands of Nepalese has made Ms Rana’s work harder (partly because she 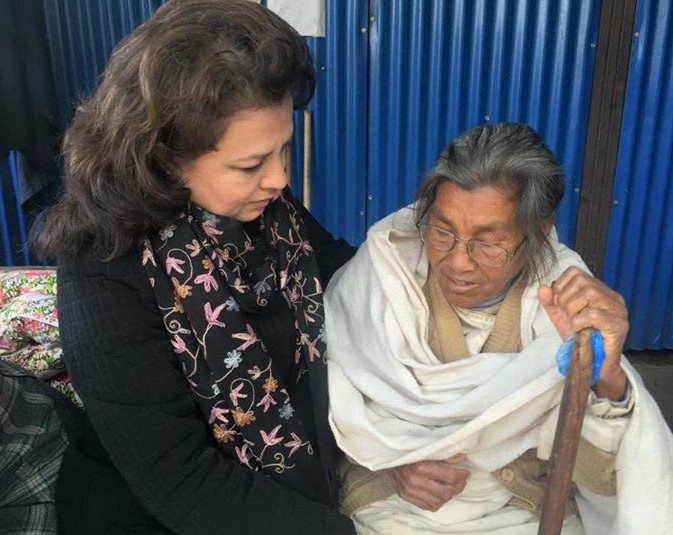 lost staff to international aid organisations offering higher salaries) but she is not daunted. “We have reached out to women traumatised by loss of family, and lack of food security, delivered first aid and healing.”

“Recovery takes a long time, and we are making sure that gender perspectives are incorporated in the technical committee overseeing recovery. We developed a women’s charter and took it to many ministers including the Prime Minister.”

A particular issue for women and children is the vulnerability to sexualised violence which comes with a loss of family and the lack of privacy in sleeping in open tents and using communal latrines. Women’s groups such as Saathi set up, or lobbied for temporary safe places for women. When traffickers stated taking advantage of unprotected females, they organised watch posts so that there could be interventions if women or girls were in danger.

Bandana Rana will move from traumatised Nepal back into the global spotlight in early March 2016 when she delivers the keynote address at the Consultation Day held by CSW/NY, on the eve of the 60th session of the Commission on the Status of Women.

However, she will not be moving far from the passions which have long motivated her. “We must reach out to women on the ground being threatened by, or surviving sexual violence – and keep asking, are the campaigns really reaching out to the people we are working for.”