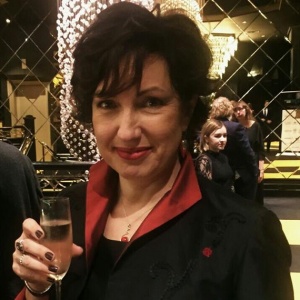 “The right person for the new age”

The Asian Broadcasting Union has announced the appointment of former IAWRT President Olya Booyar as the new Head of Radio to help drive an expansion of services to the ABU’s 272 member organisations.

Olya worked as the ABU’s senior communications specialist from 2013-2015, where she managed the startup of a television content market. She returns to up her new role this month.

The ABU Director of Programming Tatsuhiro Beniko issued a stsment welcoming Olya “as the right person for the new age”.

“She has worked in all areas of broadcasting, is known around the Asia-Pacific and has played key roles in organisations that have been at the frontiers of the changes now taking place, including the ABU itself” he saud.

Ukranian born Olya Booyar began her career as an on-air broadcaster-journalist with the Special Broadcasting Service (SBS) in Australia and rose to managerial roles, before leaving to become Deputy Director of Australia’s National Classification Board. She has been a General Manager for the Australian Communications & Media Authority (ACMA) and most recently worked at the Australian Writers’ Guild.