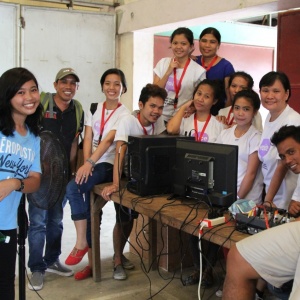 It was part of a series of activities in preparation for the establishment of a women-led disaster risk and reduction community radio station, to broadcast from Tacloban City. In late 2013, Tacloban city and the Eastern Visayas region took the brunt of the destruction of Super Typhoon Haiyan or ‘Yolanda’, which left more than 6,300 dead and hundreds of thousands without homes and livelihoods .

The community podcast was organized by the Philippine chapter of the International Association of Women in Radio and Television (IAWRT).The podcast event was organized in cooperation with Kodao Productions and the Eastern Visayas-based multimedia group Eastern Vista. 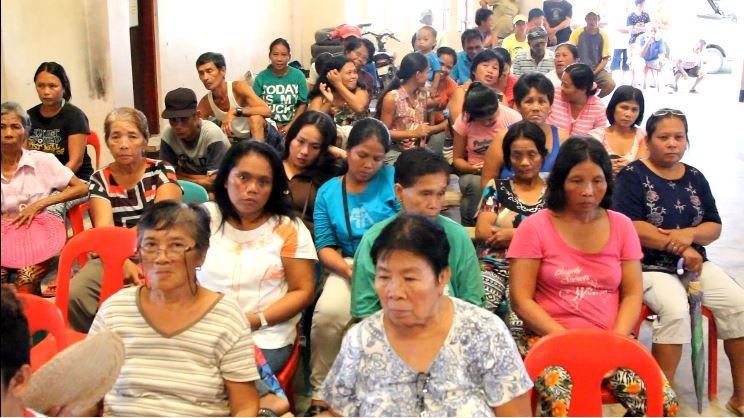 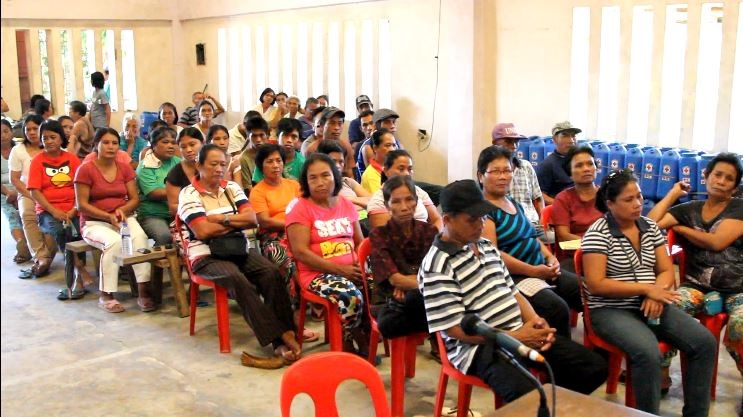 ​The morning podcast focused on peasant issues, including the state of the agricultural sector in Samar after typhoons Yolanda, Ruby and Seniang successively ravaged the region since November 2013. Pic left, audience: Kauswagan Parag-uma, peasant organization based in Pinabacdao, Samar. Pic Right, Audience: Gabriela-Pinabacdao, women’s organization based in Samar/Screenshot by Kodao Productions)

Podcast resource persons exposed what they said was the government’s neglect of the farmers in the agricultural region.“Makuri pa it amon kabutang. Waray gud kami katagi hin ayuda,” ‘Denise’, a woman peasant, said. (We are still in an unstable situation. We were not given enough assistance.)

The afternoon podcast discussed the 15-point people’s agenda, which progressive organizations from all over the country, including Eastern Visayas people’s organizations, submitted to President Rodrigo Duterte after his inauguration onJune 30 2016.

Hosted by volunteer broadcasters Danny Cordova and Frenchie Mae Cumpio (this reporter), the afternoon podcast discussed the peasants’ demands such as genuine agrarian reform in light of Duterte’s first State of the Nation Address on July 25. Five Pinabacdao farmers also discussed the militarization of their area, and allegations of  torture, threats and intimidation by the Armed Forces of the Philippines (AFP) in their communities. “Diri nira angay talapason an katungod-pantawo han mga parag-uma nga nagpapaka-buhi la,” local peasant and alleged victim, Leo Macabante, said. (They [AFP] shouldn’t voilate the human rights of the farmers who are just working to earn a living.”)

More community podcasts are scheduled in August and September in other communities around Eastern Visayas.