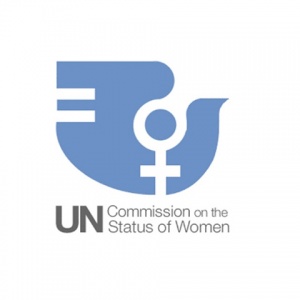 NGO CSW announced that in light of COVID-19, the NGO CSW65 Forum in March 2021 will be virtual

The sixty-fifth session of the Commission on the Status of Women (CSW65) will take place at the United Nations (UN) Headquarters in New York from 15 to 26 March 2021.

Representatives of Member States, UN entities, and ECOSOC-accredited non-governmental organizations (NGOs) from all regions of the world are invited to attend the session.

On September 24, NGO CSW announced that CSW65 will push through via a virtual platform.

What is the theme of CSW65?

This year’s CSW64 was cancelled In the light of concerns regarding coronavirus disease (COVID-19). Countries were just then enforcing border controls, travel bans and lockdown as COVID-19 was characterized by the World Health Organization as a pandemic on March 11.

The main focus of the session should have been the review and appraisal of the implementation of the Beijing Declaration and Platform for Action 25 years after and the outcomes of the 23rd special session of the General Assembly held in June 2020 after five years.

The Commission on the Status of Women (CSW) convened on March 9 for a meeting that included opening statements followed by the adoption of the draft Political Declaration. Various events to commemorate the 25th anniversary of The Fourth World Conference on Women that took place in Beijing were still organized and held, mostly virtually.

It was also decided in March that Beijing +25 discussions will take place as a Multi-Stakeholder Hearing on July 21 and High-Level Meeting on September 23 as part of the UN General Assembly events.

Submission of written statements for CSW65 will be open for NGOs in consultative status with ECOSOC from 25 September to 16 October 2020.

Meanwhile, the UN marked its 75th year with a high-level event via virtual format on September 21, the date earlier agreed upon by member states. The event’s theme was: The Future We Want, the UN We Need: Reaffirming our Collective Commitment to Multilateralism’.

World leaders in the General Assembly gathered to adopt a declaration “honouring the multilateral framework put in place by its founders in 1945 and pledging to better live out the promise to save succeeding generations from the scourge of war.”

Read the Declaration on the commemoration of the seventy-fifth anniversary of the United Nations.”