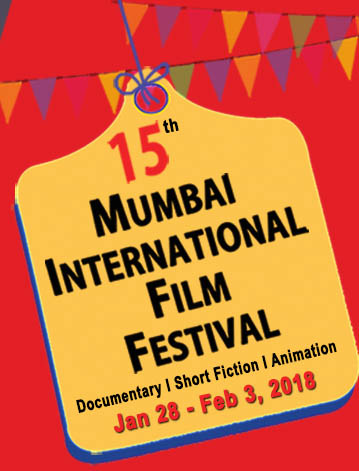 Of Love and Struggle

This is a central theme running through a selection of films made by women from The Philippines, which will be showcased in screenings at India’s Mumbai International Festival for Documentary, Short & Animation Films (MIFF) in late January.

The selection has been jointly curated by IAWRT members Ilang Ilang Quijano (Manila) and Reena Mohan (New Delhi) and includes classics such as Tondo, Beloved: To What are the Poor Born? (2011), Jazz in Love (2013) and Nick and Chai (2014).

Tondo is a gently observational film that focusses on a single family, who live in a dank house on the coast, near a gargantuan shipping port. The family is headed by Virgie Simpron – a pregnant mother of three. The family is workless, but not apparently for lack of trying.

Jazz in Love by Baby Ruth Villarama tells the story of Jazz, a young man from Davao whose dream wedding is within reach. His boyfriend of 11 months has proposed. However, as no law allows him to get married in the Philippines, he must fly to Germany, his boyfriend’s home country. Jazz has to move to Manilla for German lessons while his parents remain completely unaware of what is happening in their son’s life.

Nick and Chai are a couple from the island of Leyte, who try to recover after all their children die in super typhoon Haiyan, the strongest typhoon ever recorded. This film steps inside their Quieta home and observes how they suffer and try to cope with their loss.

”Love and struggle are the themes running through this collection of films, which takes us to the vast underdeveloped countryside of the Philippines and the dense slums of Manila. These are places where socio-political conflicts play out, places where the struggle for survival is most intense” say Reena and Ilang Ilang.

“These are also places where the most recognizable aspects of Filipino culture thrive—from the love of karaoke singing, to bayanihan,or working collectively.

Exhibited by various protagonists are values that range from conservative to progressive, behaviour from abhorrent to endearing — not immovable but, always, in a state of flux or struggle. And always, with an enormous capacity to love — the self, family, community, and country.”

Ilang Ilang Quijano ‘s film Heart of the City (2011) is the opening film of the selection. It tells us about the life-and-death struggle of Manila’s urban poor settlers whose homes are about to be demolished.

Reena and Ilang Ilang say the films are just a glimpses of a people and a country that many in the audience may not be familiar with.

“What we are hoping is to elicit is that immensely satisfying spark of recognition of our commonality and universality in these stories of love and struggle as told by Filipino women.”