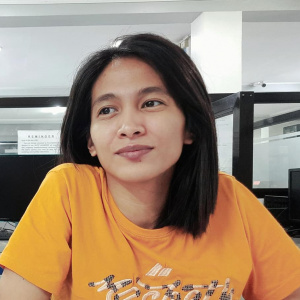 A Filipino human rights lawyer, handling the case of Lady Ann Salem, communications officer of the International Association of Women in Radio and Television has called on the international media community to put a spotlight on her case to ensure that she gets a fair and impartial trial.

“(Salem)’s case is not a simple criminal charge; it is one of political persecution, taken in the context of the red-tagging of Manila Today where she is editor,” said Kristina Conti of the Public Interest Law Center.

Salem was arrested on International Human Rights Day, the very same day when another IAWRT colleague was shot dead in Afghanistan.

Since Lady Ann Salem was  arrested, the Philippine authorities have been trying to portray her as member of a criminal gang and a top-ranking rebel leader who recruits youth into an armed movement. Conti noted that these narratives set the tone for Salem’s prosecution as an “enemy of the government.”

“From establishing Icy’s credentials as a busy journalist, her personal demeanor, and such, we can present to the court the truth vis a vis the lies concocted by the police,” Conti said.

Salem is currently facing two charges: illegal possession of firearms, and illegal possession of explosives. Using a search warrant, the police enterred her home in Mandaluyong City, where they purportedly found firearms and grenades. Salem has long denied this, saying in a short news interview that these were planted by the police.

Salem was arraigned on Dec. 21, 2020, which marks the start of the trial against her, per the Philippine criminal justice system. She appeared before the court through video conference.

“The legal team is exhausting means to controvert the police narrative, beginning with obtaining the records of the application of the search warrant. We think that the incredulity and inconsistencies in the statements of the police in this entire operation will work to diminish, and eventually destroy, the cases against her,” Conti said.

Icy, as Salem is known to family, friends, and colleagues, is being held in an 8×3 feet police cell, which she shares with five other women detainees. “To maximize the space, they have hung up hammocks up the steel bars where some of them sleep,” said Conti.

As of this writing, Icy is not allowed visitors apart from her lawyers due to COVID-19 restrictions. Their rice is provided to them by the police, and the rest of her food is sent by family and supporters. “Considering the circumstances, Icy has been holding up fairly well. She says she has written about political prisoners, their cases and their situations, too many times before – but never really imagine herself being one. She holds on to all support and encouragement that reaches her from friends and family,” Conti said.