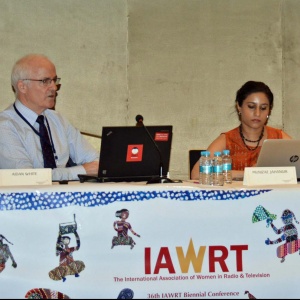 One of IAWRT’s partner organisations, the Ethical Journalism Network (EJN) has restructured and refreshed its website. Its aimed at strengthening capacity to build trust in journalism as a cornerstone of free expression and quality communications.

The global network, headed by Aidan White, (pic left IAWRT 2015 Biennial) was set up three years ago,  will now operate under a Board of Trustees  made up of media leaders from the United Kingdom and Norway, and has been registered as a charity in the UK .

IAWRT member Oona Solberg remains a coordinator for both the EJN and the Norwegian Institute of Journalism. Former IAWRT President Rachael Nakitare of Kenya, who has worked on the EJN hate speech campaign, continues as an adviser.

(pic below front with Aiden White in Dar es Salaam)

The EJN is working with local media, IAWRT chapters,  journalists and leading academics in Africa, Asia, Europe and the Middle East to create programs that strengthen free media in the global digital age.  It recognises that journalism is in the midst of historic change; EJN argues that the days when a professional elite controlled the flow of information to a captured audience, are gone forever. The network’s object is to put journalism at the heart of plans to promote critical thinking and ethical values – to make them the key elements in strategies for responsible public communications. 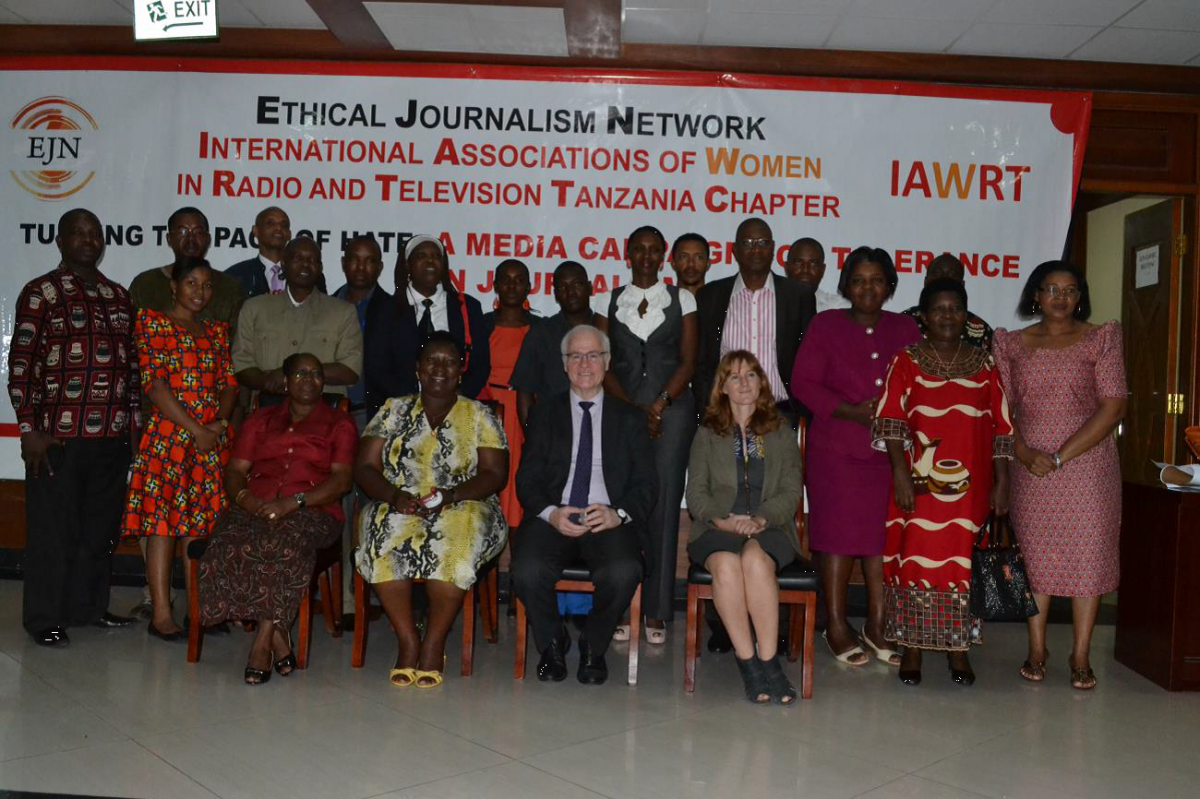 EJN works across multiple regions including crisis-hit areas such as Turkey, Georgia, and Palestine, supporting journalists in their fight for professional freedom.

EJN’s Director & CEO  says editors and reporters struggle to maintain their professionalism in the face of a changing culture of communications driven by the two-edged sword of digital technology.

“This technology has created an inspiring world of open information, as well as a darker side. Some corporations, governments and powerful interest groups with limited respect for democracy and human rights use stealth and surveillance to compromise our privacy rights and to exploit our personal information. At the same time technology has opened the door to more propaganda, plagiarism, malicious abuse, rumour and speculation.”

The EJN site contains materials on the role of journalism and why ethics are an antidote to the chaos, confusion and misinformation of modern communications. There the key values that drive journalism, are outlined, and it provides an explanation of how it differs from free expression and why ethical media can inspire a new era of responsible free expression.

EJN produces detailed reports that focus on the challenges of modern journalism and, in partnership with the Missouri School of Journalism, has launched the world’s first interactive and extensive database on self-regulation, ethics and standards for media – Accountable Journalism. Numerous other resources  can be found in the EJN website, .

EJN’s work is free for use by editors, managers, journalists, students, teachers and anyone who believes in the core values of journalism.

Aidan White argues that the work of the EJN to strengthen journalism and promote communications based on voluntary principles of restraint and respect, tolerance and transparency will be crucial to secure the future of journalism.

Adapted from an article by Aidan White.