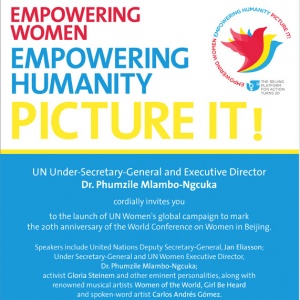 cordially invites you to the launch of UN Women’s global campaign to mark the 20th anniversary of the World Conference on Women in Beijing.

PLEASE NOTE that that guests must bring a printout of their reservation confirmation to the event for entry.