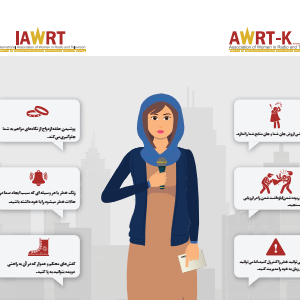 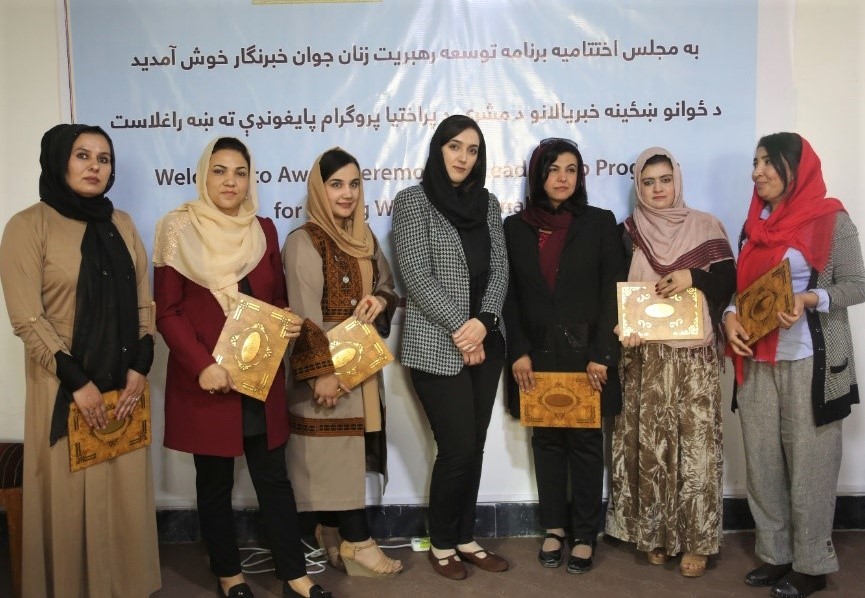 During the ceremony, the second-tier leaders of each organization which participated in different voluntary activities were awarded for their dedication to serving women journalists.

The  Rasana Project with Internews involved two phases, the first, developing gender policy for the Federation of Afghan Media Associations and Entities and implementation of that policy, and secondly, the training of second-tier leaders.

The first activity was aimed at strengthening the presence and influence of women in the media within the federation, which is made up of 15 journalist unions and support groups. 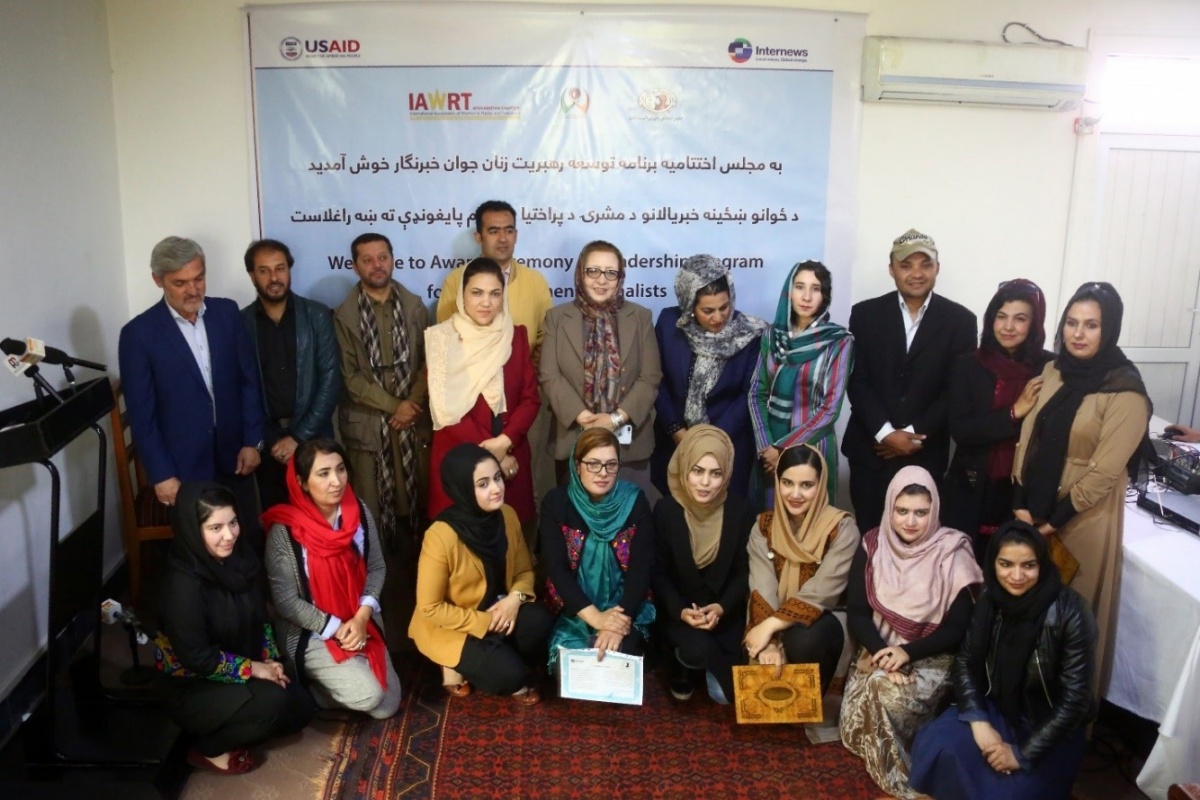 By firstly hosting a federation meeting, AWRT-K raised awareness of members about gender inclusion and facilitated discussion on gender inclusivity in federation policies along with strategies for implementation of the developed strategy.

In the second activity, AWRT-K worked to develop second-tier leadership within women journalist support groups to ensure better representation of women as well as to sustain efforts within the federation to improve the status of women journalists. 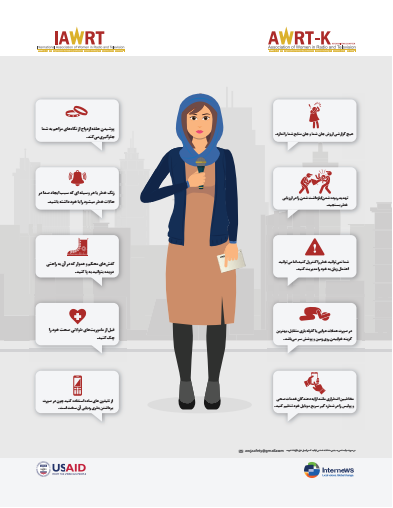 Pic right: IAWRT Afghanistan safety guideline poster for women journalists in the Dari language, with advice on how to keep tehmselves safe by following some small points, including wearing sensible footwear, a wedding ring to repel unwanted advances, staying in contact with employers and when to take shelter.

Active Women in The Media

Fostering a New Generation of Women in The Afghan Media