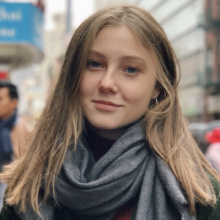 The 2021 United Nations Climate Change Conference, also referred to as COP26, was held in Glasgow, Scotland between Oct. 31 and Nov. 13 with the attendance of representatives from nearly 200 countries both in-person and online.

The goals for the 26th UN Climate Change Conference included: securing global net-zero by mid-century and keeping 1.5 degrees Celsius within reach, adapting to protect communities and natural habitats, mobilizing finance, and working together to deliver.

World leaders came together to find sustainable solutions to combat climate change, however, finding common ground that would not clash with individual member states’ policies and perspectives have proved to be challenging.

As a result of the negotiations, more than 100 countries agreed to cut emissions of this greenhouse gas by 2030. More than 40 countries agreed to shift away from coal, and more than 100 national governments, cities, states, and major car companies signed the ”Glasgow Declaration on Zero-Emission Cars and Vans” to end the sale of internal combustion engines by 2035 in leading markets, and by 2040 worldwide.  At least 13 nations also committed to ending the sale of fossil fuel-powered heavy duty vehicles by 2040.

Member states made individual promises to contribute to the global efforts.

By 2070, India will achieve the target of net-zero emissions. Today, the entire world acknowledges that India is the only big economy in the world that has delivered in both letter and spirit on its Paris commitments.

In addition to the governmental efforts, nearly 500 global financial services firms agreed to align $130 trillion with the goals set out in the Paris Agreement, including limiting global warming to 1.5 degrees Celsius.

Money is not a concern if we want to use it well. This COP26 must be the start of a new momentum, a quantum leap in our fight against climate change.

The United States and China also pledged to boost climate cooperation and promised to show greater efforts on certain issues including methane emissions, transition to clean energy and decarbonization.

“Important work was done there, and important work is being done here,” former U.S. President Barack Obama said during the conference. “That is the good news. Now, for the bad news. We are nowhere near where we need to be.”

“This is a decisive decade in which we have an opportunity to prove ourselves. We can keep the goal of limiting global warming to just 1.5 degrees Celsius within our reach if we come together, if we commit to doing our part of each of our nations with determination and with ambition. That’s what COP26 is all about,” Biden said during his speech at COP26.

The outcome of COP26 is a compromise. It reflects the interests, the contradictions and the state of political will in the world today. It is an important step, but it is not enough.

Since the agreements from the COP26 are not legally binding, it is crucial for the member states to keep their promises to create a real attempt to combat climate change.