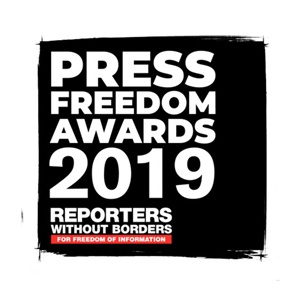 For the first time, three women journalists have been commended for their brave efforts to maintan media freedom.

Eman al Nafjan of Saudi Arabia received The Prize for Courage, given to journalists, media or NGOs who demonstrate courage in the practice, defence or promotion of journalism.

Pham Doan Trang of Vietnam received the Prize for Impact, given to journalists whose work has led to concrete improvements in journalistic freedom, independence and pluralism, or to an increase in awareness of these issues.

Caroline Muscat of Malta received the Prize for Independence, awarded to journalists for resisting financial, political, economic or religious pressure.

Despite oppressive regimes and threats to their own safety, the three women persevered in their work to promote and protect human rights, safeguard freedom of expression, end impunity for crimes against journalists and support gender equality—similar to IAWRT’s values and principles.

IAWRT lauds and supports RSF’s continuing efforts on following up on the situation of journalists in general and of women journalists in particular. We call on the government of the three awardees to protect journalists.

Through excellence and commitment in their journalism work, Eman al Nafjan, Pham Doan Trang and Caroline Muscat serve as champions for women’s rights, gender equality and women empowerment in the profession and in the world.

Through their work and so many other women journalists, we continue to build a world where women everywhere are free to take full and equal part in leadership anywhere, free from suppression and all forms of harassment.