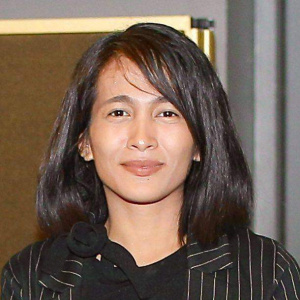 A regional court in the Philippines has dismissed the case of ‘illegal possession of firearms and explosives’ against journalist Lady Ann Salem (Icy).

Icy, who is the Communications Officer for the International Association of Women in Radio and Television and editor of the online publication Manila Today, has been in police custody since police raided her home and illegally confiscated equipment on December 10, 2020.

The court ruling is a triumph for press freedom as journalists around the world continue to  grapple with repressive authoritarian regimes. IAWRT would like to express gratitude to her legal team, who have worked relentlessly towards the release of our Communications Officer.

Her Filipino lawyers from the Public Interest Law Center announced on Friday that the local trial court declared the search warrant used to search her home as ‘null and void’. As such, the purported evidence against her, which she has long maintained as planted, are inadmissible before the Philippine court.

“The dismissal of charges clearly demolishes the Duterte government’s vilification and red-tagging campaign against Human Rights Day 7. It is a severe blow to the NTF-ELCAC, which claimed the arrests as a victory in the anti-insurgency campaign. The first blow was their failure to assert this in court: there was no crime to file about it, meaning, it had no legal impact. The nail in the coffin is the dismissal of the cases, exposing not just faulty police work but vicious political persecution,” the Public Interest Law Center said in a statement.

Salem is expected to be released from detention soon now that the charges have been dropped.

IAWRT also demands the immediate release of another IAWRT member Frenchie Mae Cumpio who has been in jail for over a year for trumped-up charges. Also in this case the police claim to have found weapons and explosives. IAWRT also  demands that the Police immediately return IAWRT equipment illegally seized during the raid.et

We thank our colleagues in the media profession, the human rights community,  and democracy-loving groups and individuals for their support in this fight.