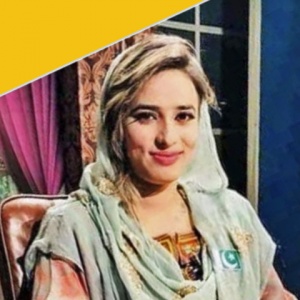 Statement and report from the Coalition for Women in Journalism

Shaheena Shaheen Baloch, a journalist with PTV Bolan was brutally murdered in Turbat, Balochistan in Pakistan.

Shaheena was allegedly shot twice to unsurvivable injuries by what the Coalition for Women in Journalism (CFWIJ) has found to be her husband.

Shaheena was the editor of a Balochi Magazine Razgahar (Saheli). She was also an activist and artist who was vocal about human rights and women’s rights issues. Four years ago, Shaheena worked as an anchor and morning show host at PTV Bolan – Pakistan Television Network’s regional service based in Quetta, Balochistan.

The CFWIJ is devastated and furious with this killing of a woman journalist in Pakistan. In the last 10 months, this is the second murder documented by CFWIJ in the country.

“We demand authorities in Pakistan – both Balochistan and the federal government – to swiftly investigate the case and punish Shaheena’s murderer,” said CFWIJ. 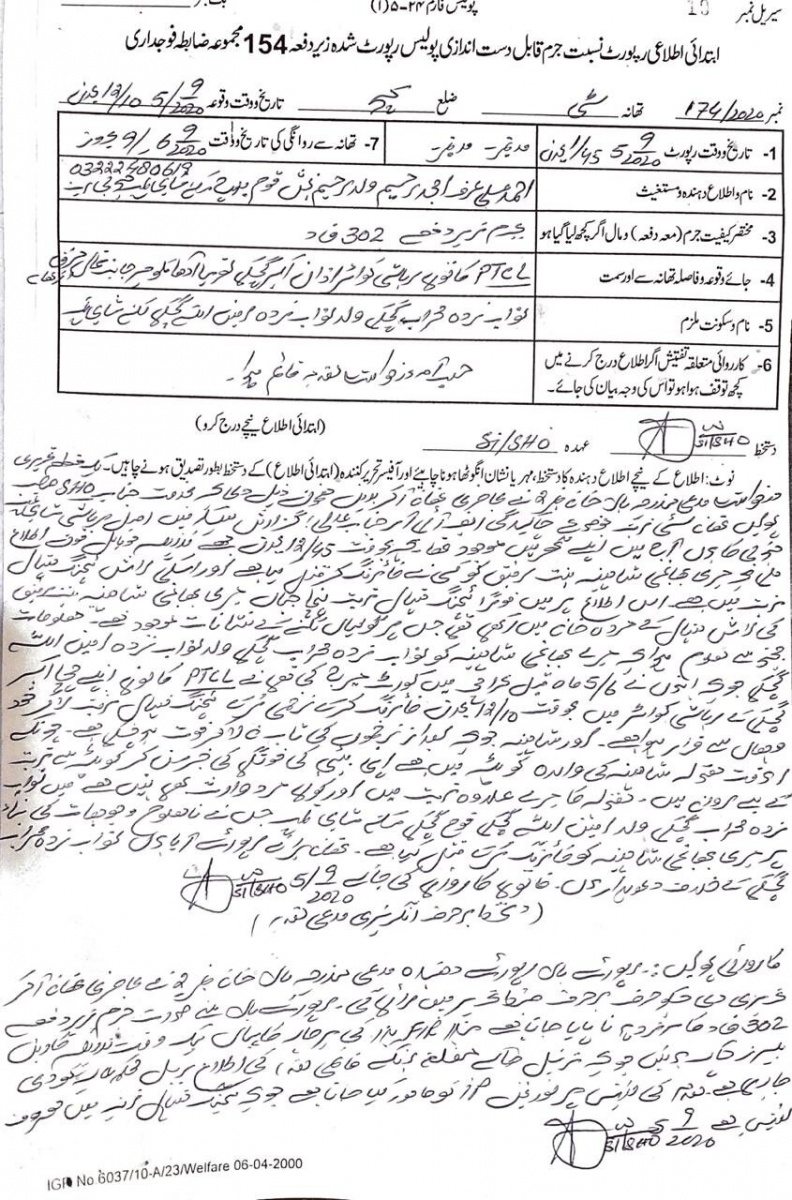 From CFWIJ’s findings, according to a press release issued by Turbat police, Amjad Raheem – Shaheena’s maternal uncle – has filed a first information report (FIR) against Shaheena’s husband Mehrab Ghichki. Reports and FIR suggest that she was brought to the Teaching Hospital in Turbat by her husband, but could not survive the injuries. After killing Shaheena at his uncle’s residence in the PTCL Colony, Mehrab drove her in a car and dropped her at the hospital. He then left the car at the scene and fled. This information was shared by district Keech’s superintendent police Najeeb Panjrani within the press release. The police have alerted all the checkpoints across Turbat to apprehend the culprit.

CFWIJ member Maria Memon, while reporting on this, spoke to SP [superintendent of police] Turbat, who said that Shaheena’s husband killed her. The two had attempted court marriage. While reports suggest it’s a case of honor killing, the police have not confirmed it as such yet, because they are still investigating the murderer’s motive.

Shaheena’s culprit must not be spared at any cost. She actively campaigned for gender equality and women empowerment through her work. While the murder is being linked to honor killing, it sets a dangerous precedent for women journalists working in Balochistan, where press freedom and women’s rights continue to be violated on varied occasions – CFWIJ

“This is a case of unprecedented magnitude. A woman journalist has yet again been murdered in Pakistan. The perpetrator is a man in her life. This has happened in a province where security agencies have great hold yet fail to maintain law and order. The state continues to do nothing about the violations women face in the country. If perpetrators are punished for the violations and murders of women in the country, these violations would stop,” said our founding director Kiran Nazish. “The state of Pakistan has a duty to its female populace and absolutely needs to look into this matter immediately.”

“We pray for Shaheena’s soul. She worked with PTV Bolan four years ago and was currently running her own publication in Turbat,” said Ayyub Babai, the General Manager at PTV Bolan.

Shazia Ahmed, an activist and one of Shaheena’s acquaintances, spoke with CFWIJ on call. She said that Shaheena’s murder has left her devastated.

“The lack of rule of law is the reason why it is so easy for a man to kill his wife and get away with it. We cannot call it honor killing and wrap up the issue. It is very important for the perpetrator to be punished. Women in our part of the world, especially in Balochistan are still not treated as equals. They are only respected if they stay at home or only step out for domestic chores. The minute a woman attempts to work as a professional, questions are raised and she is immediately labelled,” she said.

Shazia recalled mentoring Shaheena during a journalism training back in 2013. This was the first time she had met her. Shazia added that Shaheena was a talented journalist and an artist. She used her journalistic voice and  artistic skills to advocate for the rights of Baloch women.

“Shaheena was an inspiration for women and young girls in Balochistan. She was the editor-in-chief of a publication which shed light on crucial issues related to women rights in our society. This proved how passionate she was to work for the betterment of Baloch women. Her artwork also depicted their struggles. Balochistan already has very few female artists, but the way Shaheena portrayed the issues women in our province faced was something I have never seen anyone else attempt. The void left after Shaheena’s murder, both in journalism and art, can never be filled,” Shazia said.

CFWIJ demands authorities in Balochistan to find Shaheena’s murderer and punish him for the heinous crime he has committed. The murderer should not be allowed to get away with the crime at any cost.