The Inaugural IAWRT African Film Festival introduced an amazing diversity of black women: trendy fashonistas in Manhattan; a woman who takes on champion wrestlers in a Burkina Faso village; an Egyptian woman taking us through the unrest and a South African ‘virgin-vegan’. Women questioned or tested their relationships, their sexuality, and women’s roles in their homes, in their cultures and in politics.

The well curated presentation of features and documentaries at the Bioscope in Johannesburg, South Africa, on the 28th and 29th of October, 2016, featured African based and expatriate women producers, along with two IAWRT produced international documentaries. It well and truly addressed the lack of diversity and women’s voices in film, with passion humour and skill.

Members of IAWRT from around the world attended opening night at the independent film house in trendy Fox St, Maboneng, which featured Africa’s first screening of the acclaimed film In the Morning, directed by Nefertite Nguvu (pic left with  Sara Chitambo, South African IAWRT Chapter head and Regional Conference and film festival team-leader).

The delegates had come from several days of stimulating discussion about strategies to reduce the under-representation of women in African media, both as content producers and sources of stories. The limited range of portrayals of women is constantly being battled (and addressed) in numerous innovative ways by female media professionals. However, the power of independent producers to break down barriers was wonderfully portrayed at this film festival.

Nguvu’s debut feature-film examining love, friendship and marriage and it’s change and decline in a group of nine friends, took place over the course of 24 hours in Brooklyn, New York. The U.S. director told the audience that the crowd- funded drama was partially promoted by her exhaustion with the one-dimensional portrayal of black women on US Television. She wanted to examine love and its dimensions, through “regular folk”. And she simply wanted to examine the timeless questions about love.

Members of the audience were appreciative of her ability to create likeable, multi-dimensional black male characters who did not live lives of constant violent conflict. In the Morning has received a number of accolades including the jury award for ‘Best International Film’ at Siena, Italy’s 1st annual Terra Di Siena Film Festival “for the great ability in directing a convincing ensemble … with great skill and direction, penetrating into the depths of human soul.”

The audience was taken on a completely different direction with a much lower budget, village-based documentary, The Fight Goes On by Laurentine Bayala from Burkina Faso. Notwithstanding the title, it was not dealing with the wider conflict in that country, but the universal violence of the uneven division of labour in the home between males and females. The ensuing battle, both physical and psychological, between the macho wrestlers of the village and their strong wives ended with an unrepentantly gentle twist.

Another award-winning film from an expatriate director, Cameroon born Canadian, Dorothy Atabong, Sounds of Tears, is a heart-breaking portrayal of forbidden love and the perpetuation of patriarchal notions of shame, which lead to murders by family members. So-called honour killings are continuing even in more liberal cultures such as Canada.

The South African section, in many ways had a lighter touch, whilst again effectively highlighting the frustrations and loneliness associated with cultural and religious impositions on women.  The three selections were funded by the National Film and Video Foundation, an agency of the South African Department of Arts and Culture, as part of the Blingola female filmmaker project.

The delightful short film, A Groom’s Price by Mmabatho Monthso, has Meme and her two aunties, who she dragoons in to help her, using her own finances to pay a groom price for her long-term boyfriend, Musa. He cannot propose because he can’t afford the bride price. The quirky short film pokes fun at the continued existence of Lobola (originally it was paying a bride price in cattle) in the modern South African economy. 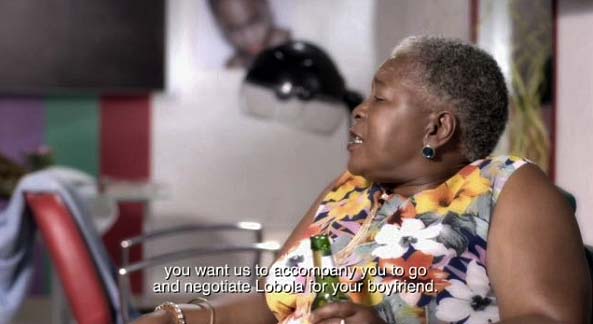 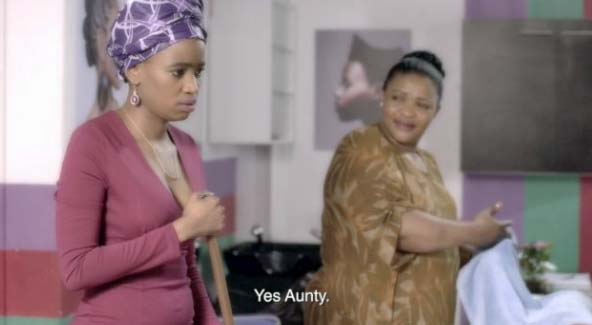 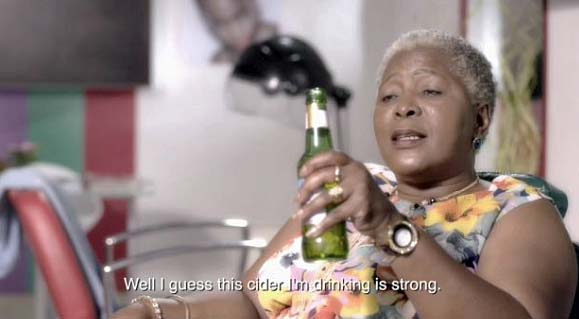 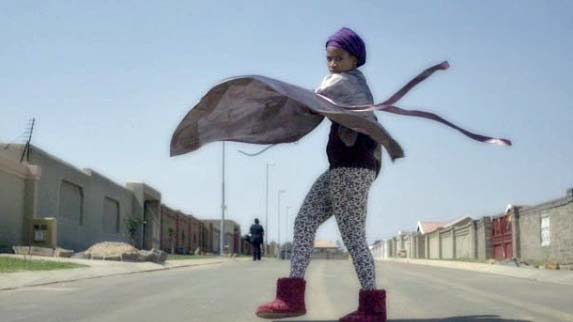 In the wonderfully titled Virgin Vegan, Reabetswe Moeti also approaches women making their own choices. The sitcom writer uses her skills to tell a story about the diaspora and young people challenging cultural understandings , with a large dose of familial love. Our hero Thato returns to her township in Limpopo province to face a huge table of carfully prepared meats prepared to celebrate her return from the UK with an Masters in Business Administration. Unfortunatley she has changed and now observes a strict vegan diet, while her family expects her to lead their butchery business. Of course, misunderstandings lead to things going hilariously awry, when her family mishears ‘vegan’ as for “virgin” and tries to ‘fix’ the problem.

The delicate and moving UNomalanga and the Witch, the winner of the Best Short Film Award in 2015 at the Durban International Film Festival, took a more gentle turn. it was revealing about the loneliness of outsiders, and women trying to fulfil roles they may not be meant for.  It portrays a friendship between a newly married woman and a mysterious neighbour who is shunned by the local community. Ultimately the relationship develops into love and desire, in a community which is unlikely forgive their transgressions.

The festival also gave voice to a Queer women project, playing a loop of Straightup Media’s Pink Shorts between films. The group responsible, Jen, Keke, Dez, Didi and Dutwice have shot ten episodes this year, mostly featuring the queer women answering questions as ‘regular folk’ on everything from being single, to gender roles, to who likes what in the bedroom. (available on YouTube).

The feature film The Trace of the Butterfly brought the audience back to the pain of loss and bravery of those involved in the civil unrest and the consequent killings of demonstrators which Egyptians suffered after the 25 January revolution. The award winning documentary by Amal Ramsis begins after the massive response to the death of Mina Daniel eight months later, at the Maspero massacre in October 2011. It traces the impact of the death of an activistw ho styled himself after his hero Che Gevara, through his surviving sister, Mary.

The director’s interest was piqued by Mary publicly accusing the Supreme Council of the Armed Forces (SCAF) of killing her brother and 27 other Coptic Christians during a peaceful march. Mary had held a red flag with Mina’s photo on it, in every march, since then. The Trace of the Butterfly was shot over two years of unrest, providing an intimate view of  many activists of all religions, who are not generally known as heroes, at home and in the streets, .

In the process the film documents the sufferings and struggles that women go through in a society like Egypt, along with the pain of losing someone close, and the ways of dealing with it.

The Festival also showcased IAWRT’S documentaries Reflecting her  (available by contacting [email protected]) and Hands on – Women Change – women seeking solutions which can be viewed here.