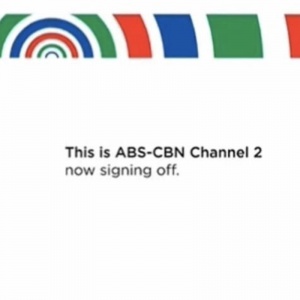 This is the first time a network was forced to go off air since nationwide martial law was imposed in 1972.

The long-winding issue of the non-renewal of ABS-CBN franchise once again came to fore in a shock cease and desist order serbed by the telecoms regulatory agencyto the network on May 5, a day after the franchise expired on May 4.

ABS-CBN, its radio and all regional networks was forced to go off the air on May 5, the night the ational Telecommunications Commission (NTC) served their order. It was the first time a network was forced to go off air and a black screen came up since nationwide martial law was imposed in 1972 by the late dictator Ferdinand Marcos, Sr. He was removed from office in the People Power uprising in February 1986, after which media outfits reopened and the country’s present constitution was drafted and established.

President Rodrigo Duterte talked of shutting ABS-CBN down by blocking its franchise extension since he came to the presidency in 2016.

The House of Representatives, one of two chambers of Congress, has failed to act on pending legislations for the franchise renewal, with its leadership’s indecisiveness to tackle the issue even as the expiry of the franchise loomed. If not for mounting public pressure and unwanted negative publicity, they had only on March this year after all these years (at least three years) they could have acted on it, made the NTC promise to give the network a provisional authority to operate after May 4 because they were adjourning soon and would have no time to tackle the bill.

The bill had to go to Senate and that would take time as well and then to the president for his signature, as any law would, and can be vetoed or can lapse into law after 30 days, taking time once more. It was like a happy medium to a tumultuous issue.

The Senate, the other chamber of Congress, in its hearing in February established ABS-CBN had no violations. Department of Justice Secretary Menardo Guevarra said the Kapamilya Box Office offering was allowed in ABS-CBN’s franchise.

But come May 5, NTC went back on its word following the government’s lawyer, Solicitor General Jose Calida’s threat to sue NTC officials for graft if they give the network a provisional authority.

ABS-CBN has been off the air for a full week. Congress legislation will take time.

Duterte’s chief legal counsel Salvador Panelo yesterday questioned ABS-CBN Corp’s petition to the Supreme Court seeking to stop NTC’s order to shut down its broadcast operations, citing technicalities over the plea. This was despite Presidential Spokesperon Harry Roque, who replaced Panelo in this post last month), said Duterte will be neutral and will leave the fate of ABS-CBN’s franchise to Congress. Roque said Duterte is not inclined to veto the bill unless there is any constitutional infirmity.

But, the Filipino people will really just probably see when it gets there, right?

Meanwhile, 11,000 workers of ABS-CBN in the whole country is at risk to lose their jobs at this time that already saw economic losses and insufficient food and financial aid for the people during the lockdown.