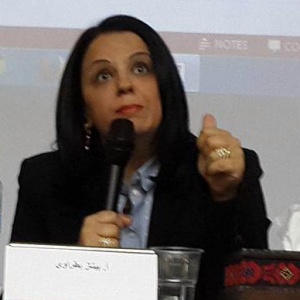 Media women can prioritise revealing the impact on women when telling stories, along with the impact on the other half of the population, but we cannot make assumptions.

Media practitioners also need to know how their audience might receive the intended message.

The murders of women in so-called honor (honour) killings – even if the woman is a victim of domestic violence, rape or incest – are supposedly for the honor or reputation of family. They are seen broadly, and not entirely accurately, as problems of Middle Eastern and south Asian countries.

However, French legal codes allowing the murder of unfaithful wives and their lovers, formed the basis of laws in about 15 Middle Eastern countries which allow ‘honor’ as mitigation against a femicide.  France abolished that code in the mid-seventies but calls by Arab women activists to repeal such laws have not received mass community support, and continue largely to fall upon deaf government ears.

So dissemination and education about such murders is an imperative, but media practitioners need to know how audiences will engage with their productions.

IAWRT Palestine member Benaz Batrawri recently presented such a paper entitled TV audience reception and honor killing: Meaning production and gender interpretations at AlNajah University in Nanlus city in the West Bank. It found that religious and civic law were not the only determinant factors in how an audience received a production focusing on honor killing.

The research was part of a MA thesis for Leicester University in the UK in 2008, and the summary was published in BirZeit University Review of Women Studies 2010; but Benaz says is still very relevant in Palestine where President Mahmoud Abbas has only repealed parts of a penal code that allows short sentences for the murders that might be only months or a few years.

Five women died in honor killings in the Palestinian territories in 2011. That number rose to 13 in 2012 and doubled to 26 in 2013. Amnesty International estimates that least 18 women and girls were victims of such killings in 2015-6. However, such figures are notoriously underestimated, can be disguised by forced suicides and contract killings, and do not include the deliberate disfigurement of women.

Benaz’s study focused on audience reception to two documentary and drama films by Palestinian filmmakers. Interestingly, men related more to the documentary form than women, who were drawn to drama. Women had sympathy for all characters/victims, but men qualified sympathy, depending on the circumstances.

The summary she presented to the conference, attached below, revealed that all the viewers understood the films were trying to fight violence against women.  However, she told the conference “Not one man in the discussions stated that women should not be judged, have the absolute right to own and control their bodies, and the right to live without the fear of death as punishment.”