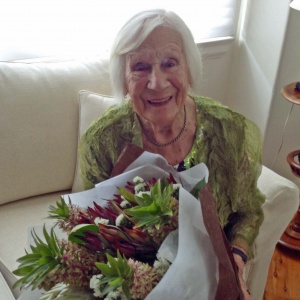 Long serving IAWRT member Elisabeth Kirkby has passed yet another milestone in her full and productive life, celebrating her 95th birthday with her family, north of Sydney, Australia, on January 26th 2015. Lis has forged several dynamic careers since the 1940’s, as an actress, broadcaster, politician and farmer and she recently completed her doctoral thesis

Lis’s radio career began In Malaysia, where she lived during the uprising dubbed the ‘Malayan Emergency’, rising to become head of the Talks and Features Unit of Radio Malaysia in Kuala Lumpur. Some IAWRT members were fortunate to be on a tour of Kuala Lumpur with Lis in 2011, when she pointed out the balcony where, in 1957, she worked on the radio broadcast of the handover of power from the British. Lis also pointed out the site of a theatre company she helped establish, and reminisced about using the equipment now housed at the Radio Malaysia Museum. 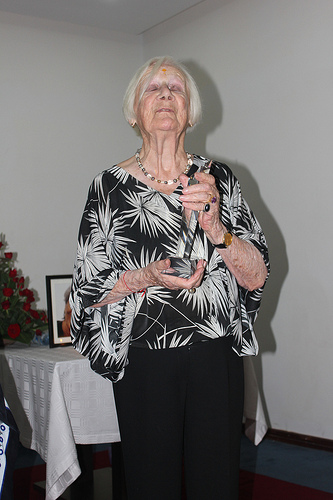 In 1965, she was employed by the Australian Broadcasting Commission, when it had only just begun to allow married women to remain in the workforce. Lis worked in the Schools Division, and as a light entertainment producer. In 1966, she became the first on air presenter of a daily women’s programme, ‘Morning Call’. Lis says “The programme was fully-scripted, remarks were not permitted and the interviews were devoted to cooking, children’s health, books and sometimes a discussion with a prominent woman. Current affairs, politics were banned”. However, political activism has always been a part Lis’s life. Lis opposed the Vietnam War and Australia’s involvement, from the 1960’s, and was an early member of Australia’s second-wave feminist organisation, the Women’s Electoral Lobby, as well as numerous other women’s and human rights groups.

Lis became a household name in Australian in the 1970’s with role of Lucy Sutcliffe in a high rating soap opera called  Number 96 . It was a programme about daily lives, but was ground breaking as it dealt with sexuality, breast cancer, reproductive issues and homosexuality. (My parents considered it to be too riské for me to watch – I had to find out at what was happening from high-school friends).

She continued theatre and television acting and entered politics. She was the Australian Democrats New South Wales state leader for many years, elected to the New South Wales Parliament upper house, serving from 1981-1998, and for several years part of a group which effectively held the balance of power over government legislaton. She campaigned to decriminalise homosexuality, to improve workers’ rights, conditions for Aboriginal and Torres Strait Islander people, and to establish equal rights and opportunities for women.

After that Lis became a sheep grazier in a town called Temora and served in local government. In 2012 she was awarded the national Medal of the Order of Australia, for “…service to the Parliament of New South Wales, to the community of Temora, and to the performing arts. 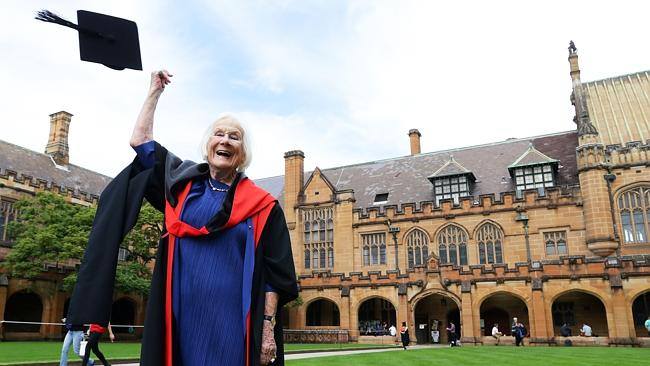 Between 2002 and 2014 Lis completed her bachelor of arts and then doctoral studies at The University of Sydney, becoming Australia’s oldest university graduate. Dr Kirkby’s PhD thesis, was entitled Will we ever learn from history: the impact of economic orthodoxy on unemployment during the Great Depression in Australia. Of her thesis, she said: “I am more and more involved in this thesis as a matter of putting forward what I believe are principles of social justice, and it is not some airy fairy idea of total equality. There’s no such thing as total equality, but a progressive society has to be fair, and it is not fair when a financial firm in New York can make a profit that is greater than the gross domestic product of a small country.” Thesis is Available here

Speaking to Sydney University staff after that latest achievement, Lis said “It really is infuriating that people assume you can’t do something because of your age.” See TV report here.

IAWRT wishes Lis well for the future, and as she says “there is always something to do”, we are in no doubt that we will be hearing from her again soon.

The story of IAWRT