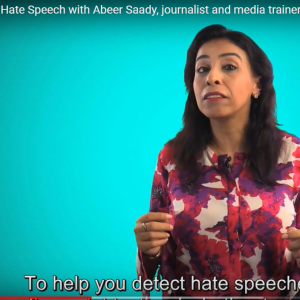 ‘Hate speech may have gained a foothold, but it is now on notice …

and we will never stop confronting it,” promised United Nations Secretary-General António Guterres.

He was speaking at the launch of the UN Strategy and Plan of Action on Hate Speech in June.

“… hate speech has been a precursor to atrocity crimes, including genocide, from Rwanda to Bosnia to Cambodia,” he said.

“More recently, it has been strongly linked with violence and killings in several regions of the world, including Sri Lanka, New Zealand and here in the United States. Governments and technology companies alike are struggling to prevent and respond to orchestrated online hate,” Secretary-General says.

The strategy is an ambitious program to coordinate efforts against hate speech across all UN agencies to identify, prevent and confront hate speech.

“Addressing hate speech does not mean limiting or prohibiting freedom of speech,”  António Guterres said and he invited journalists gathered after the launch to get the media to come on board.

” It means keeping hate speech from escalating into more something more dangerous, particularly incitement to discrimination, hostility and violence, which is prohibited under international law.

So it is timely that DW Akademie, has released an English subtitled version of Abeer Saady’s training video in Arabic about journalists and hate speech. which we share.

The video tutorial is part of training offered through the Media Heroes project, which aims at creating a digital platform for journalists and media activists, improving capacity through sharing knowledge and experiences. DW Academe is a section of Deutsche Welle, Germany’s international broadcaster.

Abeer Saady, who is also the IAWRT Vice President, says the video tutorial features the Ethical Journalism Network‘s hate speech 5 point test. The EJN has partnered with IAWRT and chapters including Kenya, since it began its ‘Turning the Page of Hate campaign’ in 2014 to mark the 20th year anniversary of the Rwandan genocide.