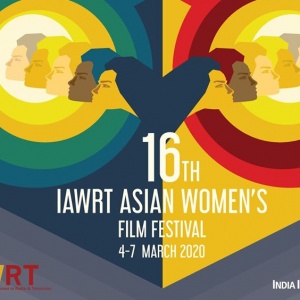 “If you listen closely you can hear many tongues speaking in unison, in a cacophony, in rhythm, sometimes with its own beat. As filmmakers we go out into the world to record these voices in the hope they will never be lost.”

This year 52 films from 15 countries have been selected from more than 700 entries to the 16th IAWRT Asian Women’s Film Festival. It will be held at the India International Centre (IIC), New Delhi on March 4, 5, 6 and 7.

The 2020 Asian Women’s Film Festival Director is Surabhi Sharma and the co-Director is  Priya Thuvassery.  Surabhi is an award winning documentary filmmaker most recently at the faculty at the New York University in the United Arab Emirates. Priya is an award winning documentary filmmaker who has worked in India’s prime television channel, New Delhi Television (NDTV).

The director’s concept for this edition of our festival says “The way we record is as different as the voices we record. At the 16th IAWRT Asian Women’s Festival, we hope to create a space where we can collectively listen to the voice speaking at a distance, the whisper, the guffaw, the shout, the song, the sigh.

Perhaps, the act of listening and seeing can bring us back to articulating the way women shape and subvert the world we live in.”

The Festival this year seeks to reflect on the idea of claiming democracy and the many claims on democracy.

Women use multiple strategies to claim democratic spaces while being painfully aware of the many ways in which they are made invisible by majoritarian claims. The festival will bring together women artists working with films and photographs to both document and intervene in these processes.

The festival begins with a day long workshop on the issues around producing and distributing a film. Three curated sections are bing planned:

Her Upside Down Gaze: This section will include films across genres- narrative, documentary, experimental and VR films

Country Focus:We have always had an Asian country or a region focus in the previous edition of our Festival. This time we plan to focus on the films from the Gulf region.

Women and Photography: Our third section will bring together the works of women photographers and collectives. We hope to invite some of these artists to speak about their work. The works of the selected photographers will be exhibited at the festival venue. We are particularly excited with this section because we have not engaged with the medium of photography in the past.